Above the Line Programming Group is a full-service creative production company based in Boston, MA. Over the past 20 years, we’ve created more than 300 hours of engaging and distinctive programming for network, cable, digital and business television programming outlets.

At Above the Line we are passionate about telling stories that both inform and entertain our target audience.

American Business at the Crossroads shoot. John Rice sits down with Eric Schmidt, Chairman of Google, and Host Jon Tisch.

A story well told is what Above the Line is all about.

It starts with a solid editorial documentary approach that blends great interviews, compelling narrative and innovative creative production values all working together to tell a complete and satisfying story. We try to see beyond the simple assignment and develop creative approaches that entertain and engage audiences while also strategically meeting our client’s marketing/branding objectives.

We also add value to each and every project we work on. We see every video as a multi platform distribution and marketing opportunity. We’ll work with you to package and distribute your project so it reaches the largest and most targeted audience whether it’s for the web, social media or cable/broadcast.

What makes Above the Line different? We always try to take a big picture approach to each and every project. We collaborate with our clients on all aspects of the development of their projects from initial creative all the way to the final distribution and promotion. We become your partner in the success of each project.

Above the Line is full-service production and development resource. We do our own writing, program development, interviewing, directing, shooting, editing, producing, and project management – from the initial concept to the final distribution – resulting with a seamless, tightly managed, efficient and highly creative product. 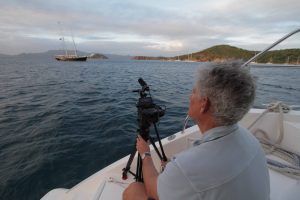 Above the Line’s state-of-the-art facilities allow us to scale to meet your demands. Our location production teams have access to the latest in HD digital production or DSLR shooting packages. We work with either the Avid and Final Cut digital non-linear editing systems.

We feature a seasoned post-production team of video editors, graphic designers as well as access to many talented music professionals who offer sound design capabilities and music composition.

Above the Line has developed and produced series and specials for major cable networks, sponsors and branded web sites. We have specific expertise in packaging, producing and distributing original content that can be distributed or syndicated to wide variety of television and web outlets.

Above the Line’s media consulting practice will work with other content creators, rights holders, producers and sponsors who want to develop sponsored television and web programming campaigns. Our specialty is designing branded entertainment programming strategies that will gain maximum media exposure and ROI value for each project and brand. 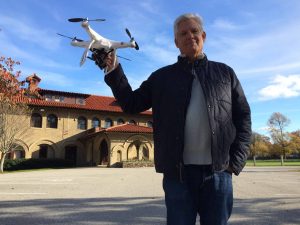 John Rice is an Emmy Award winning writer, director, producer and documentary storyteller with over 30 years of experience in the TV and video business. His distinct creative style and love of storytelling has led him to develop some of the most engaging and accessible programming on TV.

John started off as a DC lobbyist for the documentary trade association AIVF. He worked in NYC as an Executive Producer in corporate television programming for many Fortune 500 companies with a focus on the financial service industry. It’s there that he developed his distinctive documentary style succinctly explaining complex issues and business ideas. John was elected President of the NYC ITVA, then the largest chapter of the leading business tv trade association.

He moved to Boston to work for Hearst/ WCVB TV in their Studio 5 production unit, working in a broad spectrum of programming genres such as TV series and specials, corporate videos, direct-to-consumer special interest home video series and many other special projects. While there, he continued to develop his creative emotional narrative style for numerous clients and networks. At WCVB, John won an Emmy for his stunning production of “The World of Norman Bridwell”.

In 1997 John formed Above the Line Programming Group to pursue his passion as an independent producer by writing, directing and producing programming that tell some of the stories of our times. Above the Line’s first original series was the unique Bicycle Journal, a series that took John all over the world for seven years capturing the emotional spirit and breadth of the world of cycling. John was also the show-runner and producer/writer on three series for HGTV, Kitchen Design, Dreamhouse and Bed and Bath Design. In addition, he created and produced the lifestyle documentary series New England Living and the extreme sport documentary series Northeast Adventures. His 2009 broadcast special American Business at the Crossroads on NBC featuring top CEO’s and politicians like President Bill Clinton explored the state of the financial crisis with possible solutions going forward. Finally, John wrote, directed and produced the 3 part one hour syndicated broadcast medical series Cutting Edge for Gannett Broadcasting. Locations at the top ten hospitals in America looked at issues of great concern such as Obesity, Breast Cancer and Heart Disease.

John went to Emerson College and majored in TV and Film Production. He lives and works in Hingham, MA with his wife Beth, his daughter Ally and son Michael. Oh, let’s not forget Gracie, the wonder dog. John likes to sail, cycle, read, listen to Indie music and travel with close friends. And, good conversation.